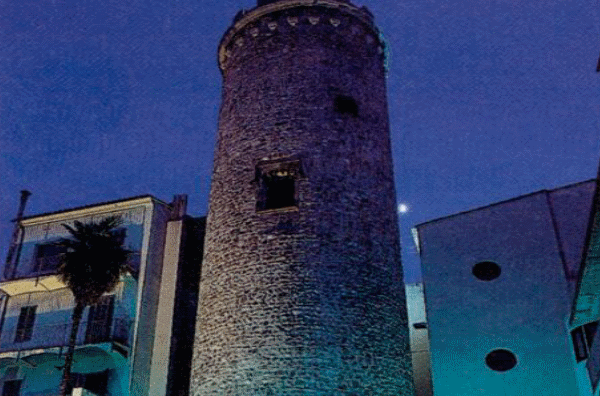 The only remaining trace of the Palau Castle in Terrassa

This is one of the city's greatest landmarks, both because of its position at the heart of the old town and its presence on the Terrassa coat of arms since the mediaeval period.It provides an insight into the origins of the mediaeval town of Terrassa, and also an in situ visit to a small section of the town's moat, an underground tunnel, a cold store and a bread oven dating from 1839.

The Palau Tower is now listed as an Asset of National Cultural Interest, and is one of the sites of the Terrassa Museum.