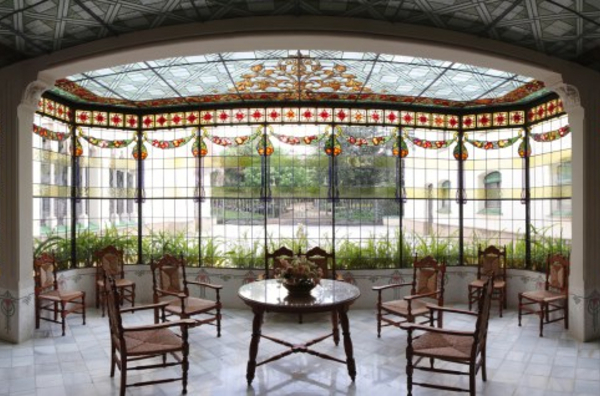 A model bourgeois home in the eclectic modernist style

The Sagreras, originally a farming family, moved to Terrassa in the late 18th century.Over the years they became one of the most well-to-do dynasties in the city. The Casa Alegre de Sagrera is a model bourgeois home from the early 20th century, with a significant number of conveniences and signs of wealth. It was remodelled by the architect Melchor Viñals in 1911, following the more eclectic modernist trend.

The different rooms of the building feature collections of particular interest, such as the Salvans oriental art collection, the paintings of Martínez Lozano, the drawings of Mateu Avellaneda and the bequests of writers Agustí Bartra and Ferran Canyameres.